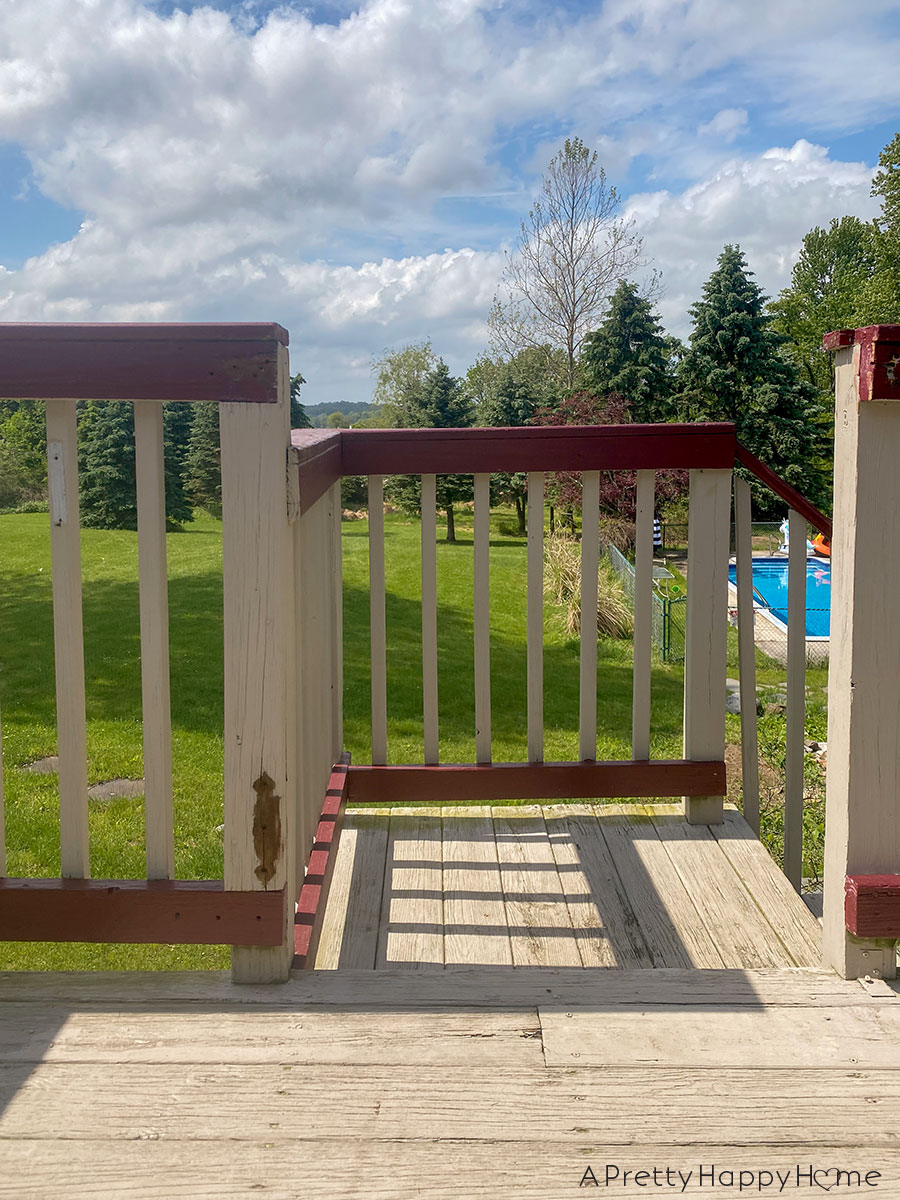 We have short and long-term plans for our Colonial Farmhouse.

That timeframe is especially relevant when it comes the plan to makeover our decks. Yes, there are two of them.

In the short-term, which is this summer, I want to make them safe (that’s kind of important) and improve their visual appeal (also important). In the long-term, I want to burn them to the ground.

I don’t literally want to burn them to the ground. I want to replace them.

We are hoping that, in the short-term, by fixing some dry rot and protecting the wood on the decks we can eek 3 – 5 more years out of them. That might be optimistic, but I’m trying optimism on for size today. The realist in me finds it a little uncomfortable.

When we are good and ready to replace the decks, I’d like to connect the two decks we have to make one gigantic deck. It just makes more sense in terms of facilitating the flow between our outside and inside spaces. Truthfully, I’d rather have a patio and not a deck, but there’s a foundation variance to contend with, so I’ll probably lose that battle.

See? I can’t shake the realist buried deep in my bones.

I couldn’t find a true before picture, but we already started the short-term plan to makeover our decks. We removed all the unnecessary items that were visually gumming up the place: brackets, gates, posts, hooks, planter boxes, etc.

If you haven’t noticed, I tend to lean a little more on the clean, streamlined side of design rather than on the cluttered, ‘there’s so much to look at my eyes are bugging out’ side of design.

The next step will be to pressure wash the deck to remove all the green stuff that’s growing on it and any loose paint. I’m excited about this part of the process. We’ve been without a pressure washer

that he says will last our lifetime.

Hmmm…if you say so, Handy Husband. Now, bonus points if you caught that I mentioned the deck was painted, not stained.  It actually has THREE colors of paint. Grey on the deck surface, cream on the railings and red on the hand rails.

Yes, red. The red color is what kills me because it doesn’t coordinate with anything else. I need to find a picture of this house from ten years ago because I have a sneaky suspicion there was more red paint.

Since the deck was painted, we will stick with that treatment, but in a different color. I’ll probably also need to scrape, sand, and patch a few areas before I can even get to the painting portion of this project.

Let’s hope it is just a FEW areas. These projects tend to spiral downward quickly, but I’m still hoping for the best. I’m also expecting the worst because mama didn’t raise a fool.

I do need to decide if I’m going to paint or remove the lattice under the main deck. I want to remove it because it will be a pain in the patootie to paint. Also, there’s nothing under there that needs to be hidden EXCEPT for the one portion of the stone foundation that was not skimmed over with mortar and painted.

Look closely at the below photo and you’ll see what I’m talking about. The last part of the plan to makeover the decks will be to devote some attention to the weeds, flowers and blueberries growing around the base of the decks. We’re also trying to coax some grass to grow where we cut down two rotten trees last summer.

While there are some things we could do to make the decks look more modern, I don’t want to throw good money after bad.

I am confident that our plan to makeover the decks with some weeding and a shiny new coat of paint will make them look like a million bucks.

I don’t want the tax assessor coming back out.

I’m confident the decks will look intentional and like they belong with this house. I’ll be happy enough with that result. Now, let’s GET TO IT.

Do you love patios more than decks? Decks more than patios? Tell me all your feelings and I’ll show you more posts you might love, like these:

Visiting Ireland: The Book of Kells 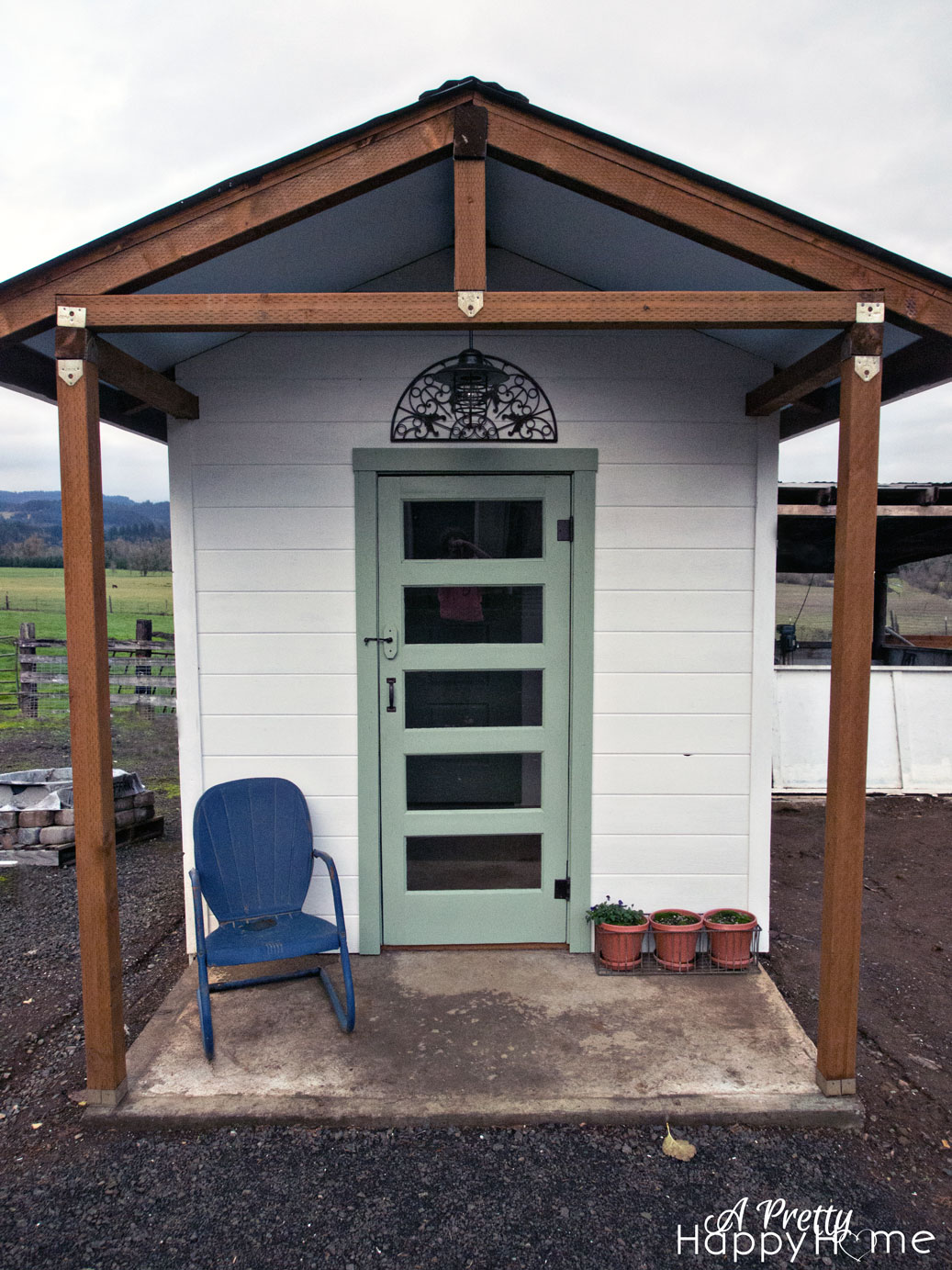 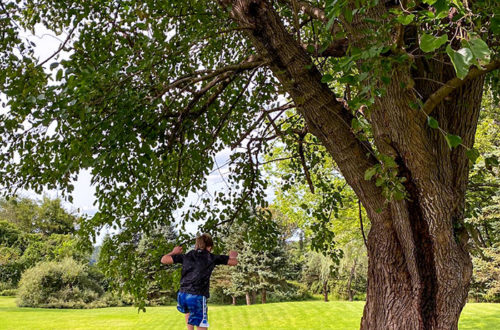 How to Calculate the Value of a Tree 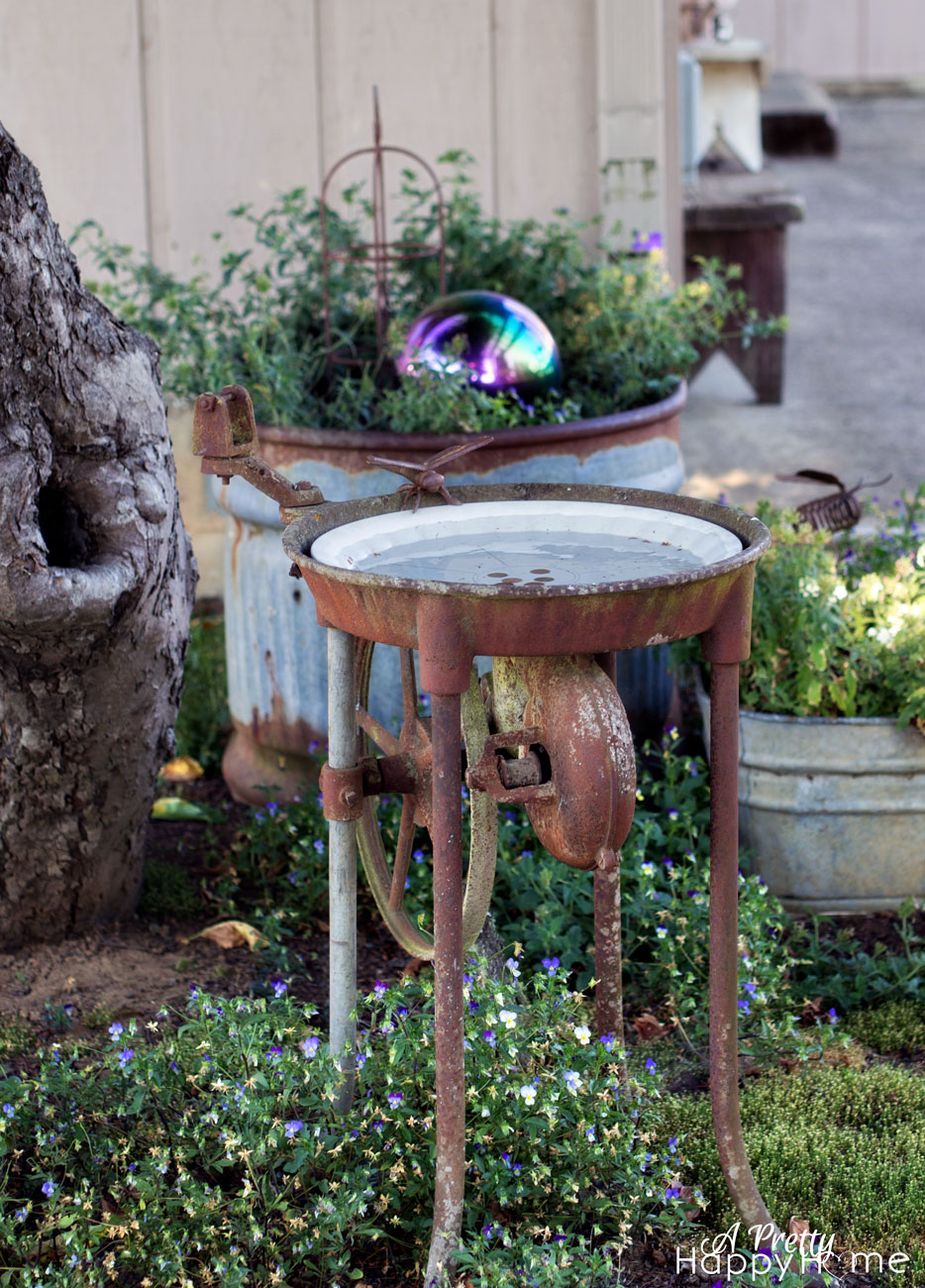