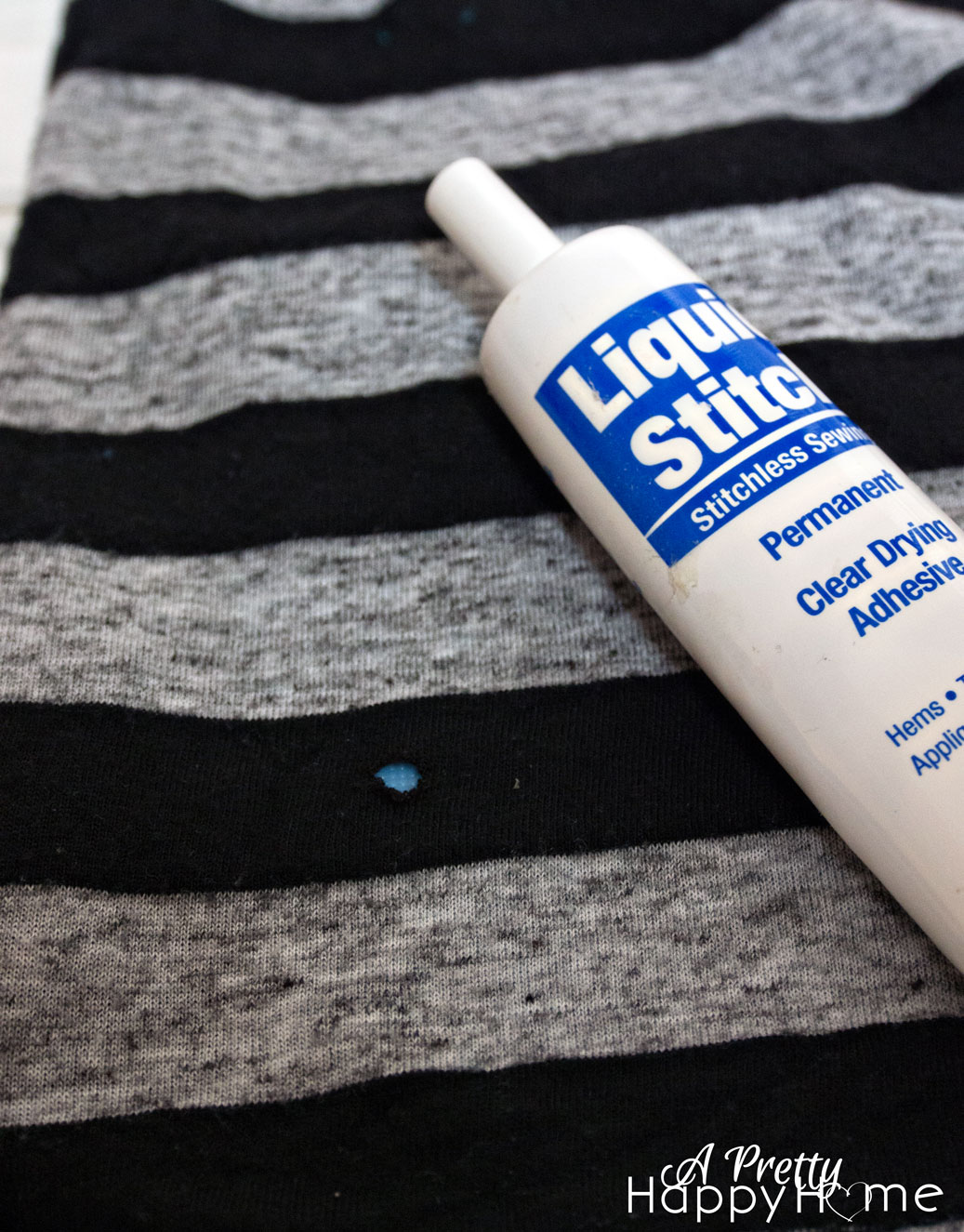 June 30, 2015 Update: T-shirt repair using this method is still holding strong! This isn’t a shirt I wear everyday, but it has been washed and worn several times since this original post in February 2015. I hope you have the same results as I have had.

The other day I paused to straighten my shirt as I was running at the door and somehow one of my fingernails of steel punched a hole right through my shirt. AGH! I still have no idea how it happened. Especially since I’m not sporting particularly long or pointy fingernails at the moment.

This is the shirt in question. A dressier version of a t-shirt because of that flare on the arms. It didn’t cost me a whole lot of money. It isn’t necessarily my favorite of all favorites. Still. It was the principle of the matter that a little, teeny tiny hole should not be the end of this story. There are times when mending with a needle and thread or a sewing machine is the best course of action. Probably 97% of the time. Unless you are me and then that falls back to oh, say, 65.3% of the time. Sometimes though, mending with thread just draws more attention to the mend. In that instance, my friend Liquid Stitch

comes to the rescue and here’s how to fix a tear in a shirt without sewing. You’ll want to make sure you turn your garment inside out and slide a cutting board or piece of cardboard between the garment layers. You don’t want to glue the front of your shirt to the back. That would be an entirely different tutorial.

Then dab a little bit of glue around the edges of hole and then using your fingers or tweezers you’ll want to close the gap in the fabric. You don’t want to overlap the top and bottom of the rip, you just want to fuse the top of the rip back to the bottom of the rip. I needed two hands for this part, so I apologize for the lack of dramatically graphic pictures showing this highly elaborate fusing process. *sarcasm alert* Now, when it dries, which is why you want to put the majority of the glue on the underside of the garment, there will be a little smudge of “dried glue area.” It’s more pronounced here because it was on black fabric. On white fabric, it will be much more discreet. I’ve found it’s slightly better after a washing.

If you have any areas that didn’t fuse together, you’ll need to add a little bit more glue to that area and repeat the process. This is the reverse side. That little speck is all that you can see. When I wear the garment, it’s not going to be noticeable at all.

Is it perfect? No, of course not. A lot of the success of this technique is going to depend on how careful you were applying the glue, how big the rip was, etc. I’ve only ever done this with small rips in t-shirts. I’m not sure that it would work with jeans or a button-up shirt, for example. Now, how long does it last? Ah, the million dollar question. First of all, the shirt was already ruined, right? So, any additional use out of it is clearly a bonus at this point.

in this way a handful of times. On the last t-shirt rip that I fixed this way, well, I’m still wearing it and I’ve had that shirt for over 5 years. It’s survived countless washings and wearings so its a most washable fabric glue. Perhaps I’m the Liquid Stitch

Whisperer, but I think they probably just have a great fabric glue.

So, this is my happy tip for not letting a t-shirt rip get the last word! Let me know if you have any success trying it.

folks have no clue who I am. I just like their glue. Over and out.

P.P.S. I found my Liquid Stitch

at my local craft/fabric store, but I’ve also linked to it on Amazon in this post. Over and out. Again. 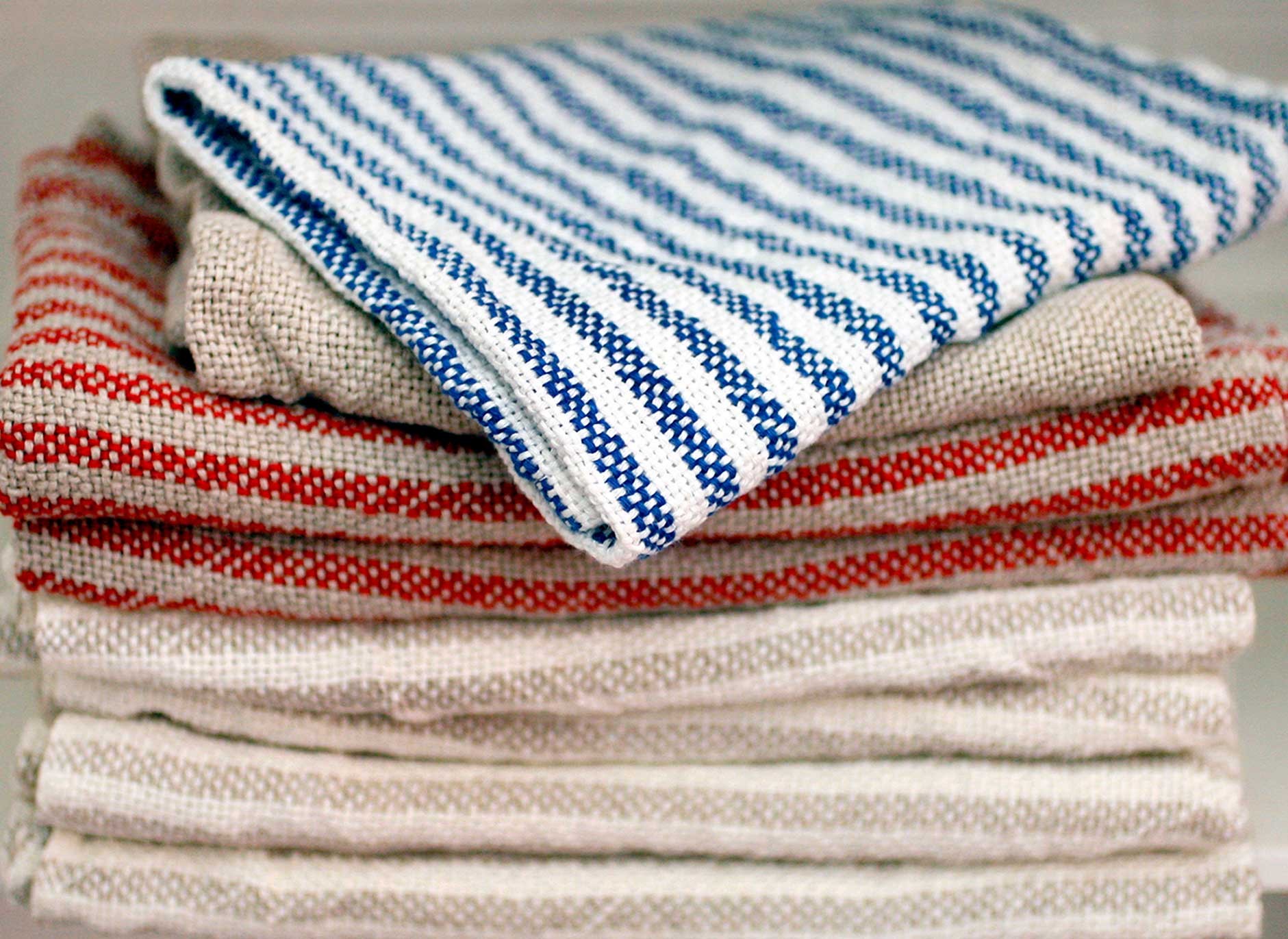 Linen Bath Towels: Should I Make the Switch? 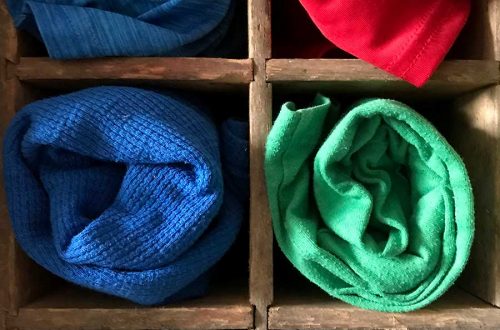 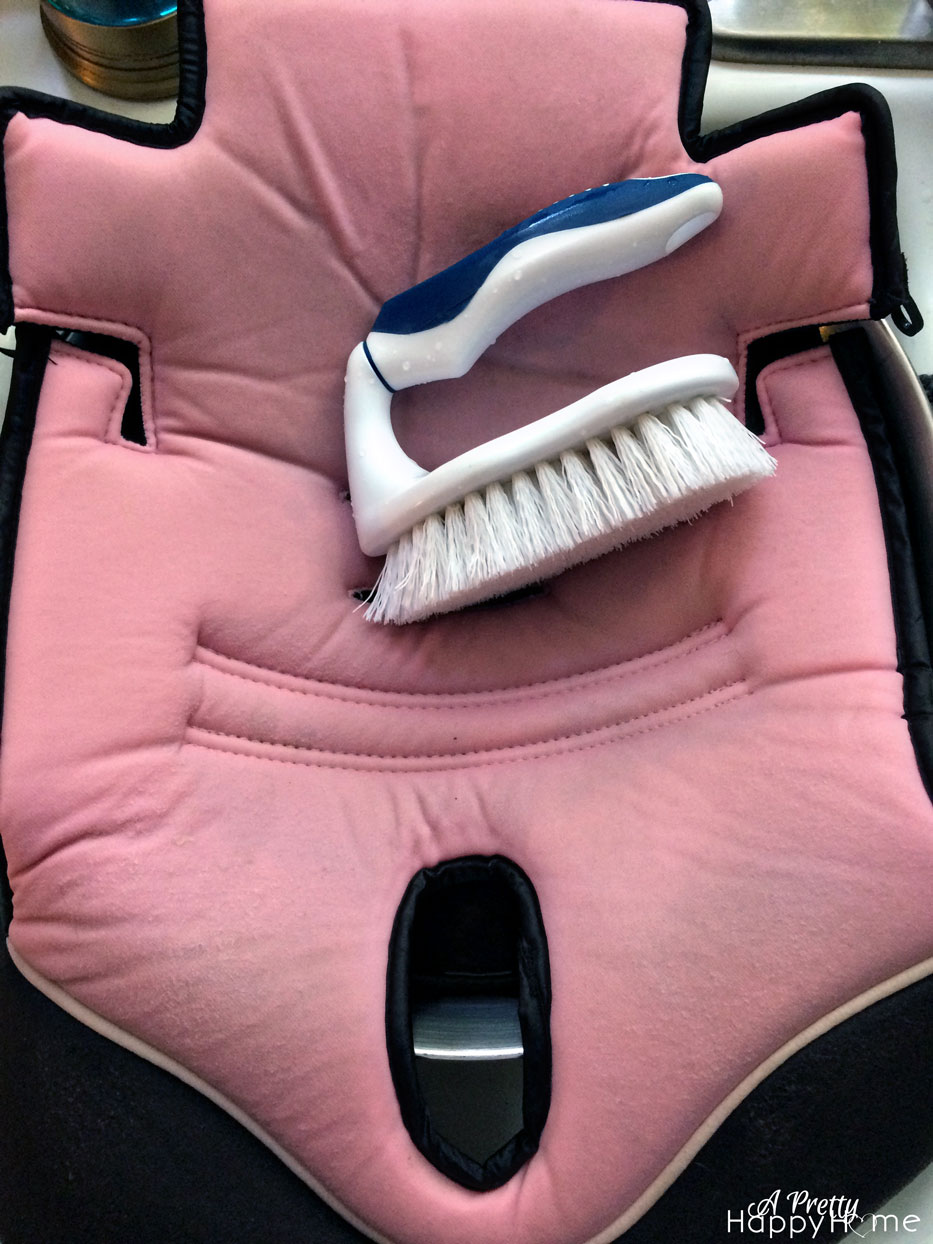 How to Clean a Nasty Booster Seat